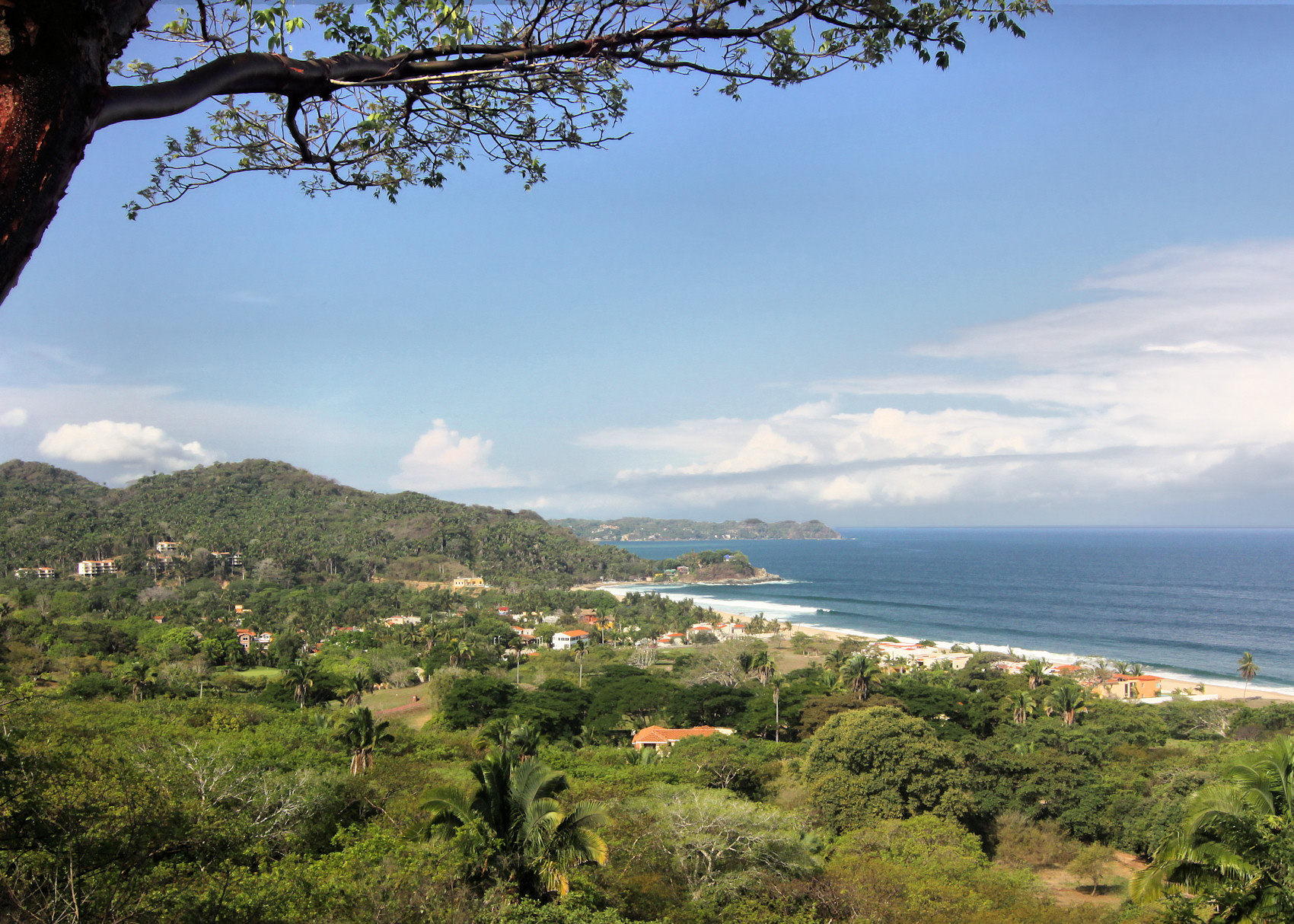 San Pancho, as the village of San Francisco, Mexico is  affectionately known, has preserved its rural essence and the authenticity of a picturesque Mexican town. Here one can still enjoy the serenity and the principles of old Mexico; where people take the time to chat rather than rushing to do business. Just an hour’s drive north of Puerto Vallarta airport but a world apart, San Pancho sits peacefully upon a wide palm-fringed golden beach wrapped in a lush cloak of verdant jungle. Quiet cobblestone streets provide visitors and residents a safe haven in which to wander and discover the town, with delightful restaurants close at hand to enjoy delicious refreshment.

Yet with the cobblestone streets, schools, and fully-functioning hospital, San Pancho still remained clearly unique and desirable, and in recent years has received the interest of an increased amount of tourists, especially as a second-home destination. Development in San Pancho has still been much slower than that of the neighboring towns to the South, partly due to the fact that until recently there was no reliable bus service that reached the town, and the beach’s strong undertow does not lend itself to water sports. Yet those two apparent negative attributes have had the oppositely positive effect of allowing San Pancho to develop as a genuine alternative to the mass-market holiday options, and therefore to attract a very special and eclectic international group of residents and visitors.

San Pancho’s early beginnings were in 1524, when Don Francisco Cortés de Buenaventura named the area Azapan. The Spanish eventually christened the town San Francisco de Azapan and made it a part of the Jaltemba Hacienda, which produced coconut oil. In 1936 much of the Hacienda transitioned to communal ejidal territory. The community spirit of this humble fishing village instilled a deep sense of social advocacy in its citizens, who renamed the village after the patron saint, San Francisco. For decades the handful of families that made up the town fished for their subsistence, and raised livestock and local fruit crops. The development of San Pancho would have continued slowly and unremarkably – in step with all the other pueblos along the Bahia de Banderas coast – if the President of Mexico had not taken a special interest in the town during his term that lasted from 1970 to 1976.

After a visit to San Pancho, and the construction of what was once his family’s vacation mansion, Vista Magica, Luis Echeverria  became very invested in the unique development of the town. During his term, President Echeverria adopted San Pancho as the site for his particular vision of a ‘third world’, ‘self-sufficient’ model town. As a result of his special interest, funds were poured into the humble village that at the time did not even have electricity. Nonetheless, an infrastructure was constructed. Roads were laid and proper housing was built for the small population of fishermen and farmers. In addition, schools, a fishing museum, an industrial factory, and a modern, fully-equipped hospital were all constructed and inaugurated by the president as part of his dream of turning San Pancho into a ‘university of the Third World’.

While the factory that processed local fruits went on to provide jobs for the community well on into the 1980s, the rest of Echeverria’s vision for San Pancho was brought to an abrupt halt with the end of his presidential term and the miserable state of the Mexican economy at his term’s end. Consequently the ventures the President had proposed failed, and San Pancho drifted back into a drowsy tranquility. The fishing museum that had once housed perhaps the largest palapa in Mexico, and was graced with elegant fountains, shortly fell into disrepair. Once the fruit-processing plants closed down, and the ‘university’ building went vacant without any students or professors to fill it, the overgrown tropical vegetation reclaimed the new developments and San Pancho went back to its sleepy existence. The town’s inhabitants went back to fishing and growing fruit, and with San Pancho still hard to reach, little changed.